What Are We Afraid Of?

Ask a sociology or film theory student at any university, and they will tell you (at laborious lengths) about the correlations of the horror genre and its connections to social climates and anxieties. While this is not a new thought, the process of reexamining proves to be increasingly important as these films extend further back into history. They grow to become the stuff of myths and legends, a new kind of sociological history.

This inevitable, growing detachment has the potential to shed new insight 10, 20 or even 30 years later that may not necessarily have been apparent at those times. One can't see the forest for the trees, which is why it becomes important to review the past in order to move forward into the future.

Valuable insight can be found by studying the horror genre’s biggest successes throughout history. By studying these past and current horror successes, we can unpack the classic question “What are we afraid of?” for 2016.

Oozing with visual manifestations of the core tenets of psychoanalysis, Psycho (1960) was a lesson in fear within a post-World War II culture. After Freud’s death, psychoanalysis was on the rise within the academic psychology community and bled into pop culture at large.

Hitchcock used his infamous shower scene to expose audiences to a disjointed narrative that clearly (and literally) cuts the film in half. Viewers’ sympathies and identification with Marion Crane as the protagonist are destroyed by her on-screen murder. This event forced the viewer to switch allegiance to Norman Bates, where we slowly discover his own insane quirks.

There is no terror in the bang, only in the anticipation of it Alfred Hitchcock

In interviews, Hitchcock admits his interest in psychoanalysis and how it manifested itself within the film under his strict direction. Empirically, the hotel and the house conjoined represent the different compartments of a singular mind where the performances of the different characters are affected by their physical location within the set design. Through the film, viewers are taken quite literally deeper and deeper into Bates’ psyche.

As the movie nears the end, there is a heavy-handed psychoanalytical exposition of the switch that took place within Norman, mimicking the horrific switch in character sympathies from Marion Crane to Norman Bates.

As Above,
So Below

The Exorcist, directed by William Friedkin, is known as one of the scariest films of all time, and it remains a pillar of the genre. It was released to an unsuspecting audience in December 1973. Theaters reported people fainting in the audience, and some even distributed “Exorcist barf bags” for viewers who might become ill while watching the film.

Fresh from the Charles Manson murders in 1971, the American public was beginning to discover the darker implications of the hippie, free-love commune lifestyle that grew big in the 1960s, which could be seen as divine moral punishment for a life of sex, drugs and rock & roll.

Earlier that year in January 1973, the Roe v. Wade Supreme Court case was settled. It’s still a highly controversial case, viewed as a disruption of traditional Christian values, the traditional nuclear family and the “natural” lifestyle.

While the idea of divine punishment is not a new anxiety within the American psyche, the film touched on a very taboo topic: the moral and physical corruption of a child. The horror genre in its early days was centered on adults whose inevitable fate could be traced to an action or event that rendered them deserving of it, the usual formula of cause and effect.

Regan was purposely shown as a normal, sweet and innocent child going through a complete and grotesque metamorphosis. Linda Blair's unforgettable performance of corrupted innocence delivered nightmares to the American psyche and scarred the horror cinema as a whole.

Everyone has heard the line in the urban legend that makes their skin crawl: “The call is coming from inside the house!” Whether it’s a babysitter or a stay-at-home mom, what makes the line creepy is the idea of the threat being so close in proximity. It’s no longer in the forest or outside of the house; it’s right behind you.

This fear still shakes most people to their core. The manifestation of this anxiety can be seen in the 2016 film Green Room, an indie film that has no ghosts or monsters, but real everyday people and their ability to commit atrocities.

A punk band on tour searching for extra money agrees to play a show in Neo-Nazi territory in a remote location somewhere in the Pacific Northwest. When they accidentally witness a murder in the green room, they are trapped under the thumb of the leader of their movement, played by Patrick Stewart, in a tense situation as they fight to leave the venue in one piece.

Indie director Jeremy Saulnier, through his building of extreme tension with pacing and the ultra-violence acted out on the screen, pushes the film into the horror genre. The atrocities that normal people can commit against each other and in cold blood struck a nerve that made this film a sleeper hit in 2016.

There are obvious connections of Neo-Nazism to any extremist viewpoint. The idea that a dogma or belief system compels people to harm others parallels any extremist organization, whether it is Isis or the Westboro Baptist Church. Acts of malice (physical or mental), rooted in a belief system of righteous intolerance, is a theme that can be seen as an extension of the disrupted self. It’s a theme once personified in Hitchcock’s Psycho.

As seen on the news, these groups are not necessarily from other countries. They exist domestically right in your own backyard.

The Devil Made Me Do It

Building upon the horrors of Green Room, Robert Eggers’ critically acclaimed New England folk tale, The Witch, addresses the anxieties that can occur not because of other groups, but within a familial unit.

Freshly excommunicated from their Puritan community for an unknown reason, a husband, wife and their five children live in isolation, trying to start their own insular settlement in the woods.

Spoiler alert: Yes, there is a witch. Yes, she does steal and eat a baby to keep her youthful appearance. However, this sequence happens within the first 20 minutes of the film.

The witch in the forest merely grazes the family’s existence, while the rest of the film deals with the implications of this initial contact. The family unit dissolves in their own religious insecurity when they accuse their eldest daughter of being the witch who is conspiring with the devil.

The film can be interpreted as a read on small-town mentality and the self-destructive force that can occur within a unit or even within the mind itself when it is not exposed to or challenged by new ideas. Blindly following an ideology without question or understanding leaves no room for growth or change. This constricts personal growth and stunts the ability for development and evolution.

Parallels of the natural, human and spiritual are also being brought into question as Thomasin, the eldest daughter, slowly grows into a woman. Original sin and the capability of evil are addressed from within rather than from around.

The most recent release from Nicolas Winding Refn, The Neon Demon, serves as a parable for the new girl breaking into any cutthroat industry.

Set in the high-fashion world of Los Angeles, 16-year-old Jesse moves from her small town into the dog-eat-dog fashion industry, where she quickly rises to the top. Her “It Girl” status is solidified by her youth and innocence, immediately crushing seasoned veterans in the industry who are literally starving for work.

Loyalties are tested and betrayed as Jesse’s hunger for stardom is overpowered by her supposed group of friends who initially helped her get her footing in the industry.

The film is heavily stylized and genre-bending as an art-house horror film that emphasizes style over substance. The gorgeously composed long shots and intoxicating soundtracks culminate to essentially minimal plot and character development. This leaves room for the audience to project their own fears into the plotline.

Beauty and vanity are held up for public consumption, but the film also questions their worth and price. In a highly competitive industry, when you play with knives, there will be blood.

Celebrity and the economy of attention are themes that parallel the technological shift of social media within the American population. The rise of a faster mobile Internet and social media outlets have given birth to an ever-evolving Internet culture – almost to a point of social engineering. Societal norms and behaviors are controlled by device ownership and usage.

Most social media culture is centered on one’s self through displays of beauty and vanity (i.e., selfies), regardless of gender. A digital presence and identity is highly prized and, in some people, completely replaces physical interaction and socialization.

Studies prove that the current social sharing economy and “like” culture are heavily associated with an intrinsic image of the self. In essence, likes and views become forms of validation for social media users.

This hunger for attention and validation for self-worth parables Jesse’s storyline in The Neon Demon. In an industry or economy that values beauty and attention as indicators of self-worth, what’s reflected in the mirror could actually be quite ugly.

We Are Afraid Of Ourselves

Yes, it’s true. Upon brief survey of some of the horror genre’s greatest hits and its most recent successes, I can conclude that we are indeed afraid of ourselves.

When looking at each plotline in its most empirical form, the “other,” whether personified or spiritual, can be viewed as a manifestation of a personal anxiety. Whether it’s personified by another person, a group of people (living or dead) or a spiritual entity, force or being, true horror and anxiety extend from a capacity for darkness that is inherent within ourselves.

Just like zombies are a manifestation of an emptiness or mental vacancy and vampires are a parallel of a seductive force or disease, societal fears are still being characterized on film as a form of catharsis. We as a society are confronting an inner urge or thought that is forbidden to say out loud, but we say it through our art whether by production or consumption.

In a Freudian sense, villainy is rooted in a rejection of our own values. So the next time you see a trailer for the new, terrifying horror film that makes you unable to sleep at night, consider it a glimpse of yourself and the culture around you in the blackest mirror. 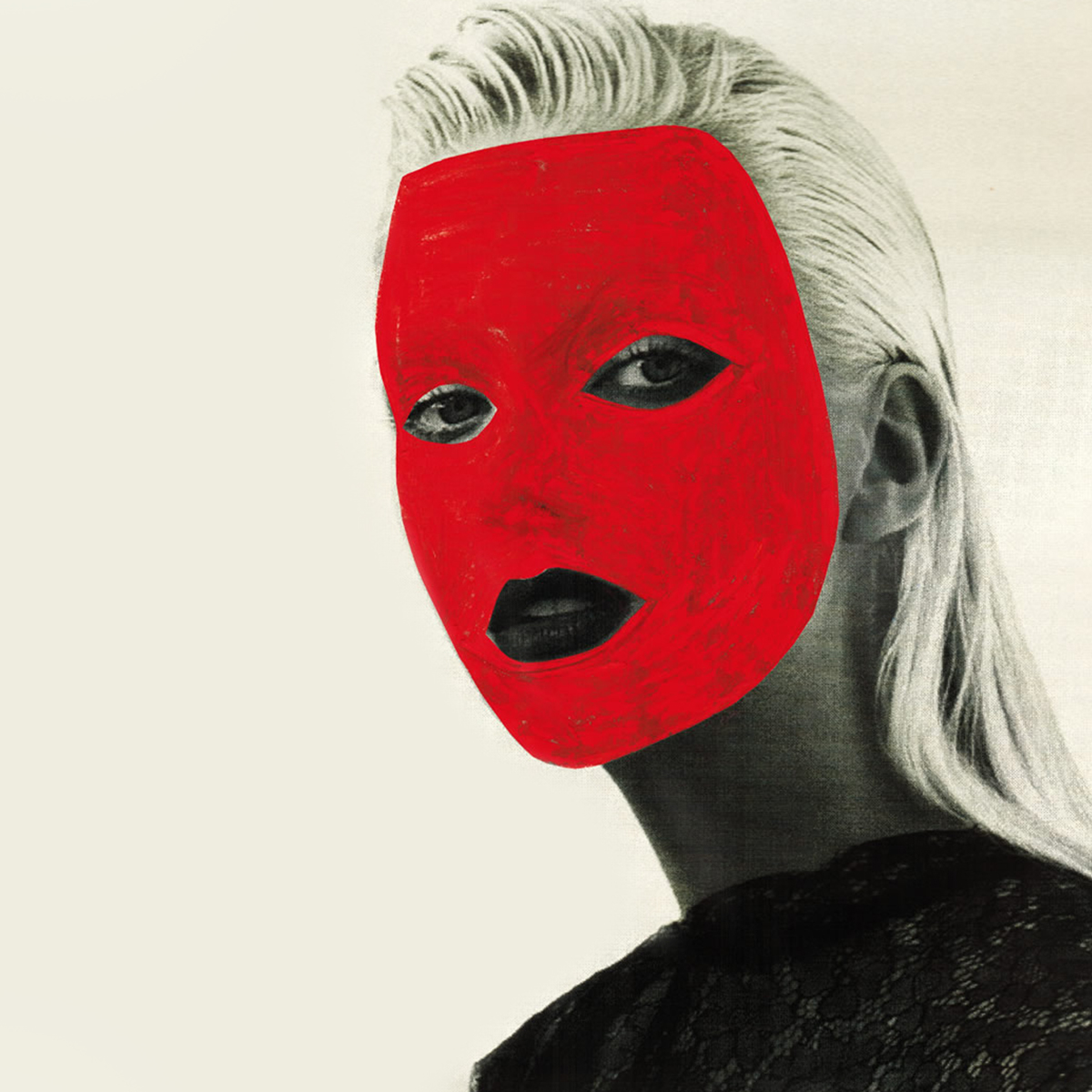